Arts-in-Corrections: A Path to Redemption

The California Arts-in-Corrections (AI C) program is among the oldest in the nation. The Prison Arts Program (PAP), a three-year pilot program, was the precursor of Arts-in-Corrections In 1983, I found the program to be cost-effective, and in 1986 wrote about the importance of prison art programs in the Journal of American Culture. Twenty-five years later, this paper evaluates the impact Arts-in-Corrections had on the lives of men and women during and following their incarceration. A diverse group of ex-cons as measured by race, age, gender and crimes committed were interviewed, and four of them were students in AIC at the time of the 1983 cost-benefit study Arts-in-Corrections contributed to their self~esteem, disciplined work ethic, and made 'doing time' meaningful and safer. Several are earning a living through their art, and all self-identified as artists. AIC helped to bridge the racial divide, reconnected inmates with their families, and provided a safe haven within a hostile and threatening prison environment 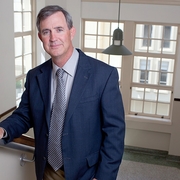